Show me directions to Roy Hemmings

As a highly respected artiste and singer he has a distinguished track record of fine stage craft. Roy has enjoyed major success when he signed a recording deal in the mid-seventies with the J.A.L.N. Band, one of the first bands to storm the British charts with the dance record, &#x2018;Disco Music, I Like It&#x2019; produced by Pete Waterman.

After three well-received albums, the group disbanded and Roy launched his solo career. In 1997 Roy released his first solo album, &#x2018;No Afro, No Sequins, No Flares&#x2019; to great critical acclaim.

Both critics and fans agree that Roy G Hemmings is a great showman and dynamic singer. Understood as the longest serving former member of legendary group, The Drifters, Roy had worked alongside founder Johnny Moore for more than 10 years.

He has entertained audiences around the world with his easy, relaxed style and fabulous voice in a career that spans four decades and includes appearances in several Royal Variety shows and twice at The White House.

His current stage show The Dictionary of Soul, includes the songs of Otis Reading, James Brown, The O-Jays, The Supremes, Temptations, Four Tops and other Motown and Soul greats.

The show also features the talented saxophonist Anna Brooks and soul divas The Prim-ettes, adding a stunning dimension of smooth harmonies and slick Motown dance routines. Diana Ross and Mary Wilson were in fact founder members of the Prim-ettes before changing their name to The Supremes.

The show is full of timeless songs performed with energy and sensitivity, creating emotions that touch the hearts of audiences everywhere. Audiences enjoy a musical cavalcade of all-time greats: Get Ready, Sitting on the Dock of the Bay, Under the Boardwalk, Can't Help Myself, My Girl, Save the Last Dance for Me, and Love Train.

Leave your review of Roy Hemmings 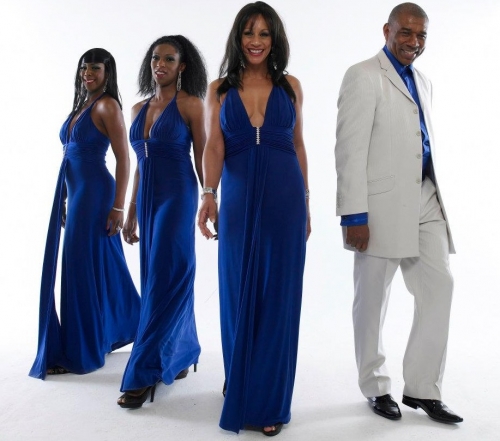